The goal of the project is to visually chart out Django releases along with their end-of-life dates based on data from Django’s Supported Versions documentation. 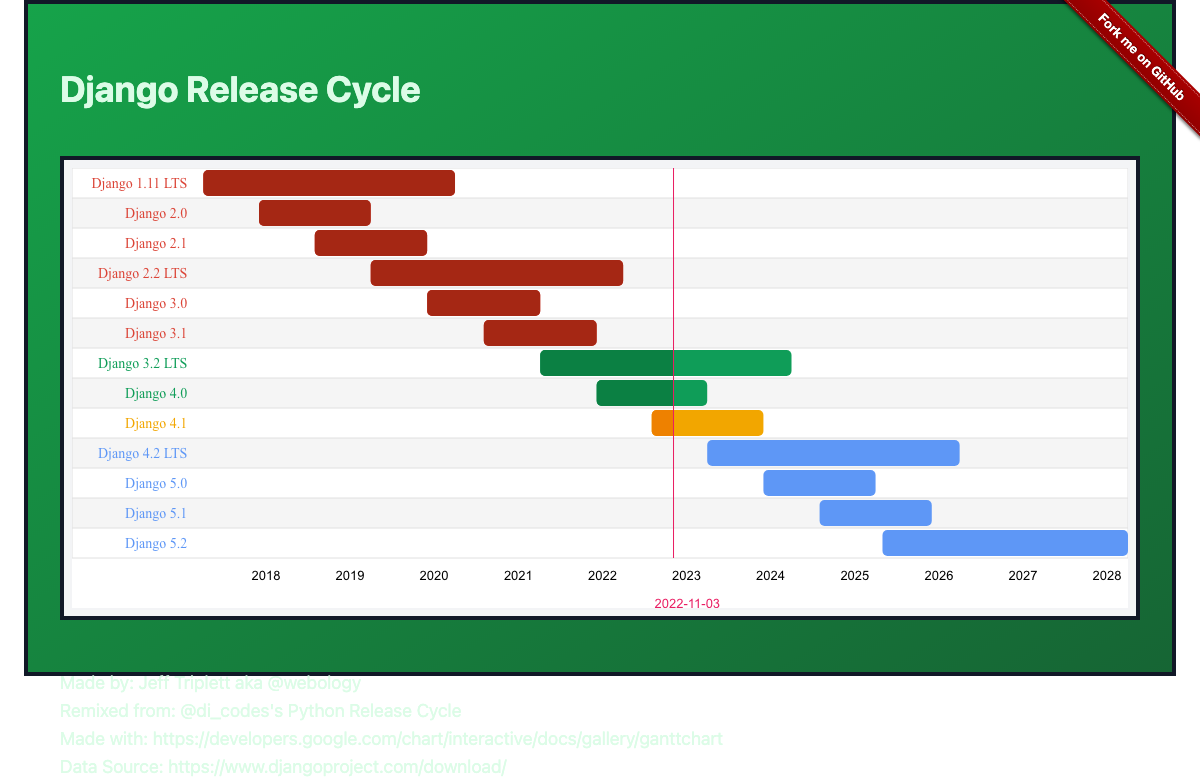 I built the first version as a Glitch remix and later ported it over to GitHub Pages because it was easier to update.

How do I generate 1,000 objects in Django and DRF to test?